Posted on March 6, 2011 by The Lazy Photographer 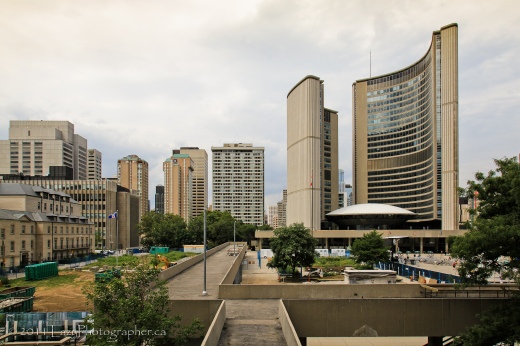 As you know, when I post photos of City Hall they are often accompanied by a rant about the spend and tax attitude of the left-wing council. Well guess what? They’re mostly gone and we now have a new Sheriff in town. Mayor Rob Ford, who replaced Mayor David Miller (thank god) is a no nonsense guy who hates wasting tax dollars. He’s already done more in his first 100 days in office than Miller did in the past seven years. Boy it feels great to get our city back. Anyway, this photo was taken last summer when the city was still in the hands of incompetent socialist fools. Hope you like it. Off to pick up groceries for a nice meatloaf dinner. Me likey da meatloaf. 🙂