There is no substitute

Posted on October 24, 2014 by The Lazy Photographer 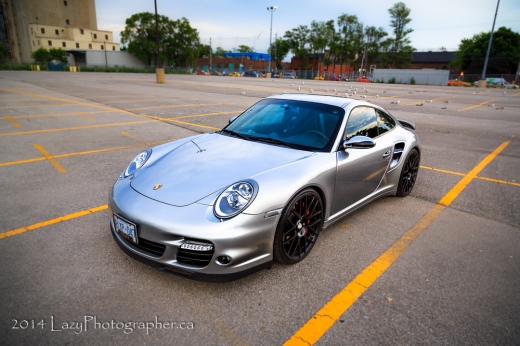 I don’t often bother with product shots like this, but when I saw this Porsche sitting in the lot by itself, I couldn’t resist. The light seemed to be hitting it just right. There were plenty of other cars just out of frame but the rest of the lot behind the Porsche was empty. It almost looks staged. I did some brush work to the car to up the contrast and clarity and make it pop. I also softened the background. I even brushed the yellow lines and upped the saturation and clarity and contrast to bring them out. It was quite a bit of work, actually. Anyway, hope you like it.

So tomorrow is the annual Toronto Zombie Walk! I’m hoping to make it down for that. And then Sunday it’s the final Kensington Market Pedestrian Sunday of the season. Not sure I can do both days, but since I do have Monday off, it might work out.