Rasta dude outside the liquor store 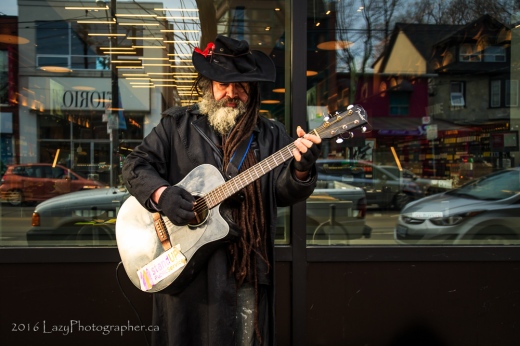 I’ve actually shot this guy a few times over the years. He hangs out front of the LCBO (our gov run liquor stores) in the beaches. When the liquor store relocated a few blocks west around 18 months back, he moved right along with them. The guy’s no slough, either. I would say he’s a professional musician. Typically, I just point to my lens and nod, then he nods back and I snap a shot. I like this one because of the reflection in the window behind him. Hope you like it too.

2 Responses to Rasta dude outside the liquor store