Posted on January 13, 2017 by The Lazy Photographer 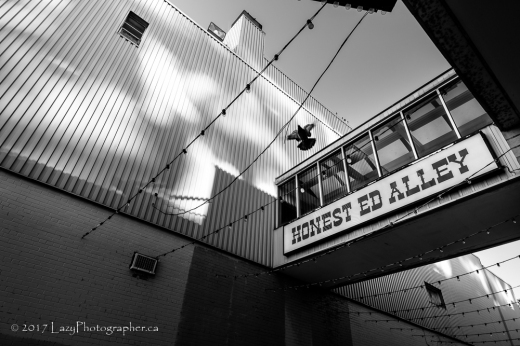 For those who don’t know Toronto, you likely won’t know about Honest Ed’s. It was like Toronto’s first big dollar store and it’s been around forever. Sadly, it’s closed shop for good now and a major condo and commercial development is replacing it. The Sunday after it closed I went out there and snapped plenty of photos of the building. I’ll post some later but for now this is the alley way that divided the two parts of Honest Ed’s. I got lucky with the bird.