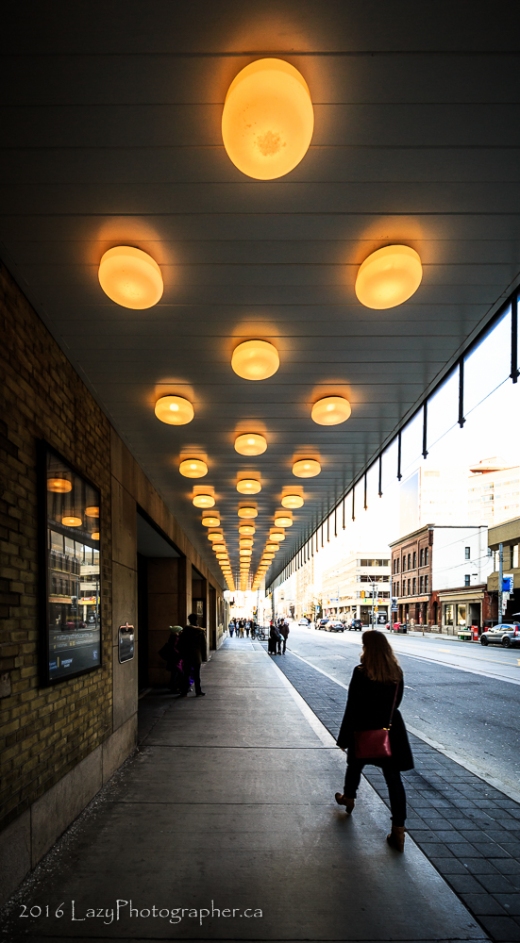 Well it’s the last day of a four day weekend for me. I did get out for long walks over the course of three days, although I brought the camera with me for only one of them, Saturday. But it was a good day. I shot a Black Lives Matter rally, and you can view those photos in the previous post, and I also did my typical street shooting downtown. I have to say, I actually got a higher percentage of keepers than usual. Mind you, I did shoot over a 1,000 photos, which is triple my usual number when out and about. But most were from the rally. Typically, I expect to, or “hope to” might be more accurate, get one photo that I’m excited about processing when I get home. Saturday I ended up with maybe four or five photos that I was really pleased with. And this is one of them, although not the best of the lot.

I also took advantage of Google’s free offer for their Nik photo editing plug-in software. I really didn’t think I was going to use it much but ended up editing the entire rally with the Silver Efex Pro 2 (a black and white editing plug-in for Lightroom). I’ll likely end up using Silver Efex on most photos going forward, it’s that good. The thing is, it also doubles my processing time since I usually edit in LR first then open the Solver Efex plug-in and edit some more there before exporting. Oh well, everything has its price, right?

Anyway, Happy Monday. Hope you had a nice weekend and a great Easter.